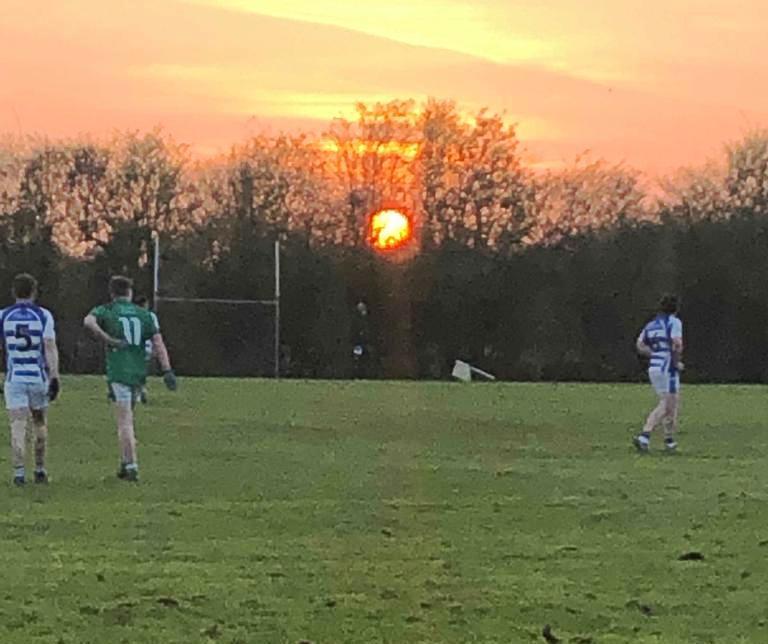 Our U12 girls played their first match of the season against Milltownpass in Springfield on Tuesday evening. In the first half Shamrocks played against a stiff breeze and Milltownpass opened strongly scoring a goal and a point in the opening ten minutes. The girls settled into the match after that and showed great skill especially kick passing the ball from one end of the field to the other. Mollie Maguire coming in from the right wing scored a great goal mid way through the first half and Eabha Moran followed up with a well taken point to leave the match level at half time. In the second half Shamrocks , with the wind at their backs, hit a purple patch right from the kick off. Two goals by Grace Daly and another by Mollie Maguire in quick succession left the opposition with work to do. Linda Raeside added to our lead with a long range point. To give them their due, Milltownpass fought back with two well taken points. They then scored a goal with five minutes to go which left the game on a knife edge. The final five minutes were as entertaining as any match played in Springfield this year and the large crowd of parents and supporters from both sides had plenty to cheer. Milltownpass almost snatched a win with the last kick of the match but Abigail Molloy, outstanding in goals for Shamrocks, produced a reflex save that any senior keeper would have been proud of.

Well done to both teams who played a great game.

Mullingar Shamrocks travelled to north Westmeath on Tuesday night and in what was a perfect evening for football defeated the home side in this ACL Div. 6 fixture. The game began as a 15-aside event but Ballcomoyle suffered injuries at both sides of half time reducing them to 13-a side for most of second half. Shamrocks in keeping with the spirit of the fixture took off two players to match their numbers. Shamrocks fielded a nice mix of youth and experience played well throughout and could have won by more if some points were taken instead of going for goals. We led from start to finish but there was only 3 points in it for most the of game with Ballycomoyle battling hard. Their shooting was off on the night and their wide count must have been in the high teens. Their numbers were reduced still further near the end when they suffered a bit of black card virus and lost two players who offered uninvited advice to the referee. Shamrocks finished the game strongly scoring 2 goals in the last 5 minutes - both by Dillon Matthews. We togged out 19 players on the night, all played some part in the match and Conor McKenna made a comeback to active service after a long-term break from the game.

The Mullingar Shamrocks LGF Division 1 team travelled to Tyrrellspass for their second game of the season on Sunday 7 April. Shamrocks played with the wind in the first half but were slow to settle. Tyrrellspass went into an early lead and held this lead throughout and secured a half-time lead of 1-8 to 0-6. Tyrrellspass maintained the lead throughout the second half and ran out winners on a score line of 1-18 to 0-13 points. Special mention to Lauren McCormack and Karen Hegarty who both played for Westmeath earlier in the day in their 5-12 to 3-8 victory over Tipperary. Karen had the distinction of scoring for county and club in the space of a few hours