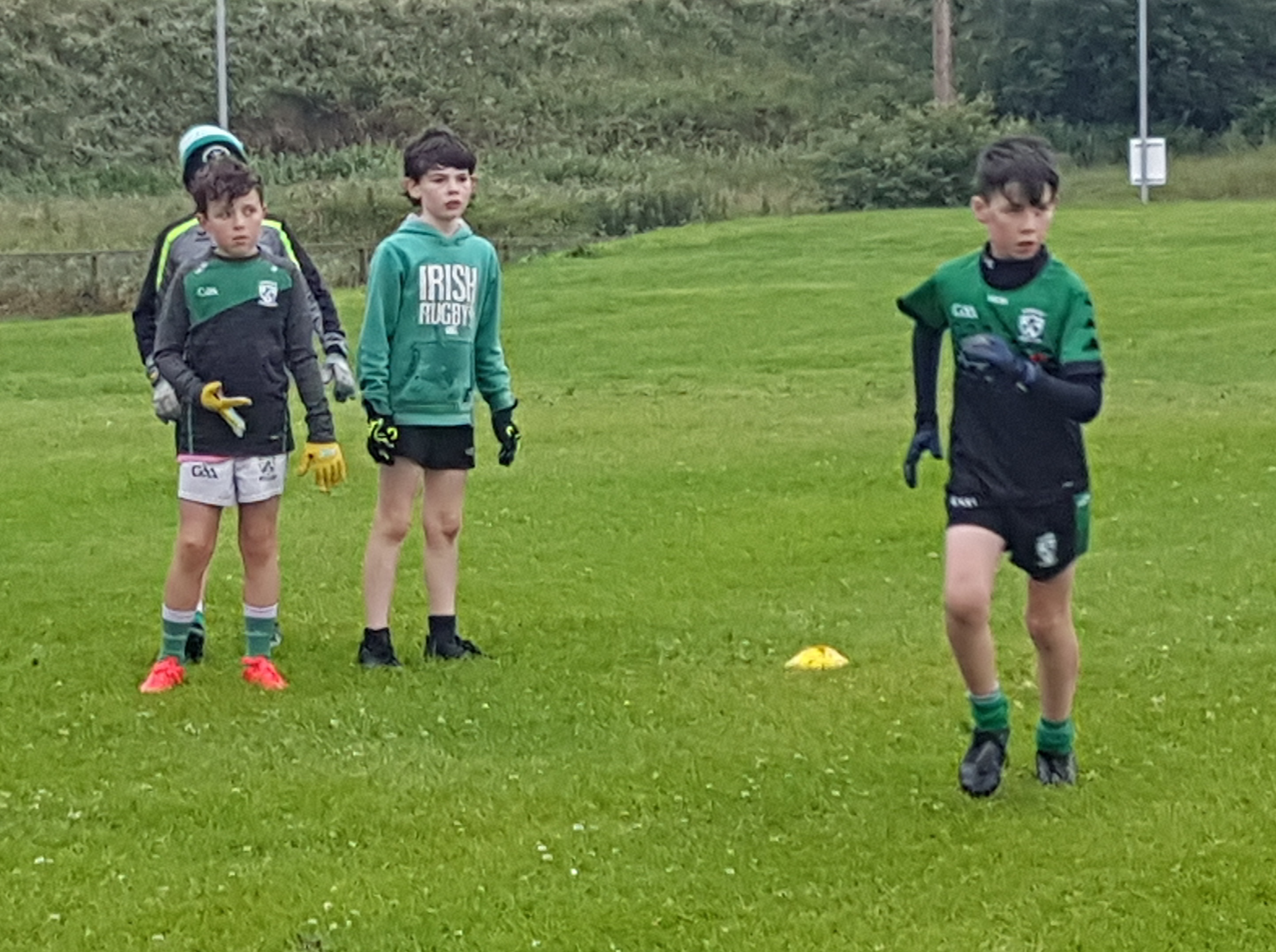 Shamrocks’ Under 11s became the first underage side in the club to resume training after the break due to COVID-19 and a fantastic turnout of 40 players showed how eager youngsters are to be back with their friends on the playing field. Greg Gavin’s usual innovative drills involved lots of ball work and movement and the hour long session zipped by. The boys have clearly been using their recent spare time practising Greg’s video drills and the coaching team of Niall Bonar, Tom Keane, Gerry Briody, Barry Kelly, Adrian Regan, Matt Ledwith, Sean Corroon and Greg Gavin were suitably impressed.

Thanks too to the boys’ parents who responded so well to the e-learning programme and the health questionnaire thus enabling a huge turnout. A big Shamrocks’ welcome to Eoin Mulhern who was making his debut and fitted in extremely well. Fionn Ledwith, Carl Keane, older brother Oliver, Harry Tilson, Zac Masterson, M.J. Burke, Shay Leavy, Paddy Colleary, Hugo Corroon, Darragh Daly and Jamie Murtagh were standout performers during the training matches but the joy on the boys’ faces during and after the session was the highlight.