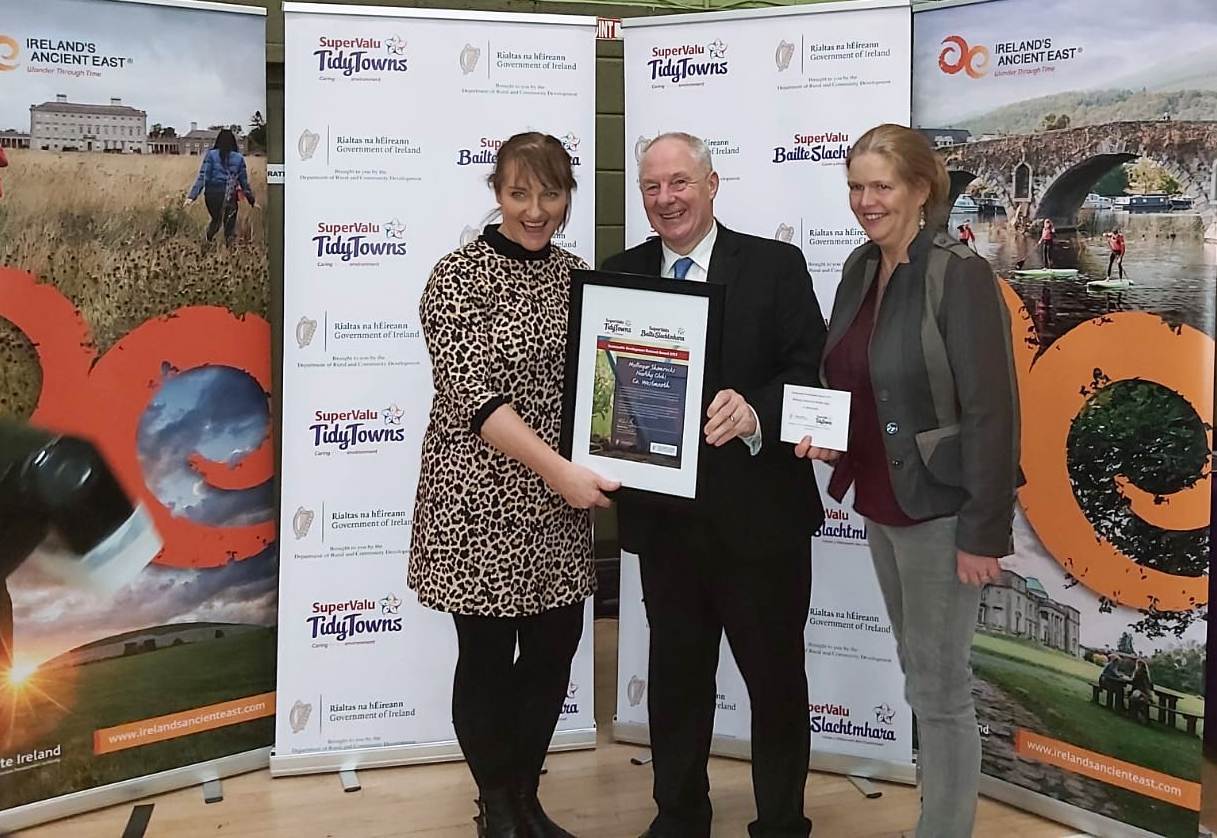 Our Healthy Club Officer Joan Ormsby attended the award ceremony organised by Fāilte Ireland for the presentation of the Midland and East Regional Tidy Towns awards. The function, organised in conjunction with the Department of Rural and Community Development and SuperValu, was held at Haggardstown-Blackrock Community Centre near Dundalk.

Mullingar Shamrocks thanks to Joan's initiative were National Winners of the Sustainable Development Award which carried a first prize of €1,000. The awards were presented by Mr Michael Ring, T. D., Minister for Rural and Community Development, no stranger to the Mullingar Shamrocks Clubhouse, as he officially opened our Fitness Centre a few years ago.

Joan was accompanied by her Team Operation Transformation helpers Veronica O'Reilly, Tara Hynesm and Ber McKenna. It is reported that all enjoyed the occasion.