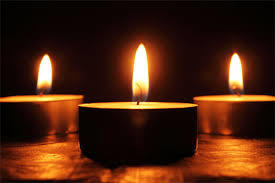 The members of Mullingar Shamrocks express their deepest sympathy to the family of the late Christy Heffernan. In particular sympathy is extended to Christy's wife Mary, to his sons Ciarán, Niall, Clifton and to his daughter Regina (Norris).

Christy reposes at Gilsenan's Funeral Home today (Saturday0 from 2.30 pm prior to removal to the Cathedral of Christ the King arriving at 5.00 pm. Christy's Funeral Mass takes place on Sunday at 12.30 pm followed by burial in Ballyglass Cemetery.

Christy and Mary loved to socialise in The Clubhouse back in the day. And when The Clubhouse was at its glorious best, Christy, assisted by Mary played an important role. The club began to serve Sunday dinners which proved to be a great success with Christy a wonderful chef and Mary his able assistant. The chicken curry with the secret recipe and roast beef were the specialties. One Sunday was particularly memorable. Ireland played Spain in the World Cup in the year of Saipan and the match was shown on the big screen, The Clubhouse was packed to capacity, the atmosphere was electric, the game went into extra-time (and Mick McCarthy didn't know Spain had a man sent off!), Frank O' Dowd played the accordion at some stage and Christy and Mary must have served over one hundred roast beef and chicken curry dinners on the day. Those were the days my friends and unfortunately they did end.