Two good wins and a loss over the weekend .... 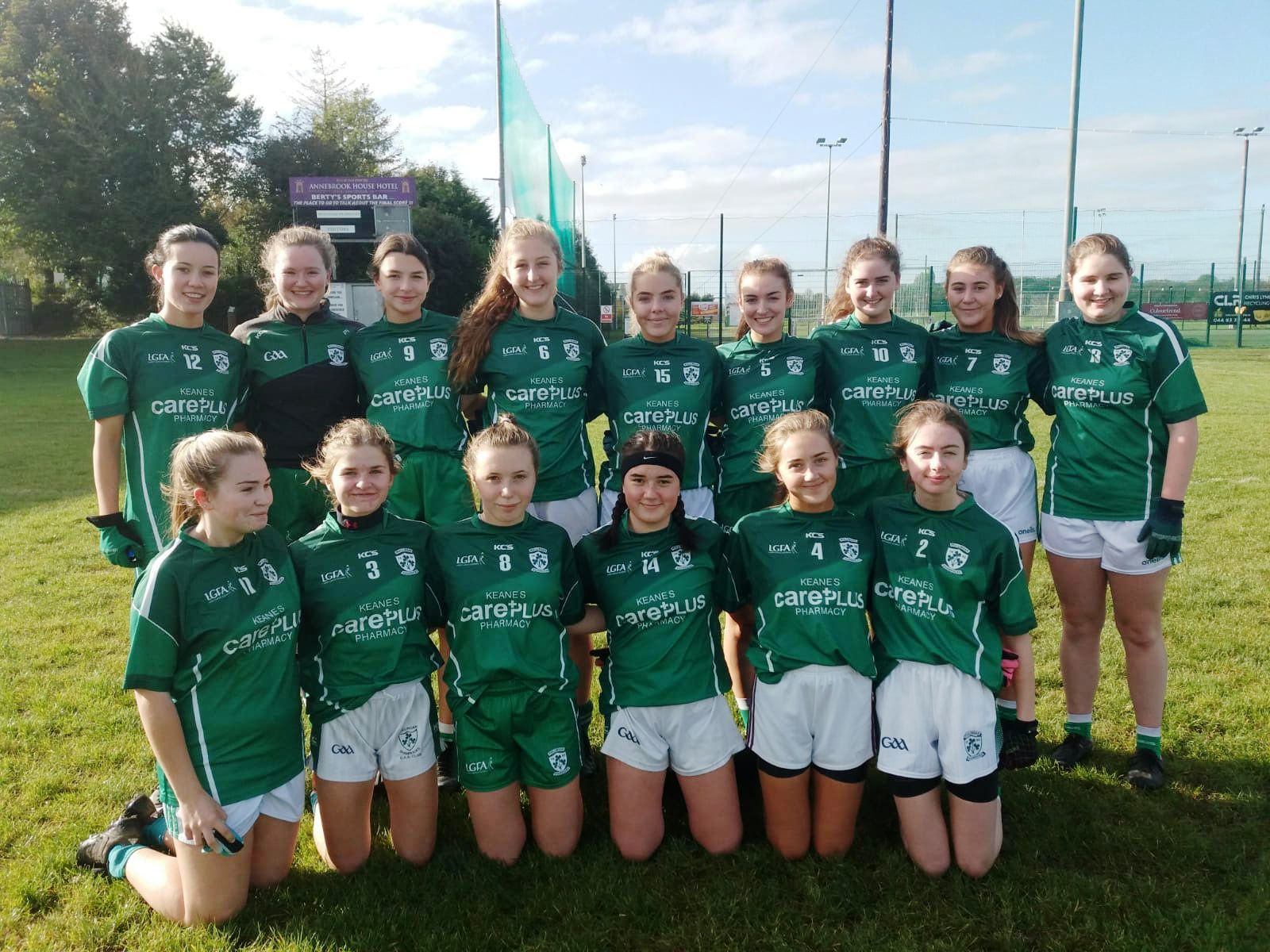 If we had a team of the week award it would be a 'no contest' to pick the winner this week. Our minor LGF team were the week's outstanding performers. While most football activity has concluded for the winter months our LGF minor team were only starting their Championship on Sunday morning in Springfield against Garrycastle. People reading this might find it hard to believe but it is true. The Westmeath LGF minor football championship only started on Sunday. However on this occasion there wasn't a sweeper in sight and as a result spectators were treated to a goal festival as the number of goals scored exceeded the number of points, a rare enough occurrence. .At times some of the passing and link up play was great to watch and led to some well taken scores. In the attack Holly McCormack proved to be as efficient at scoring goals as her county goalkeeper sister Lauren is at saving them. As the saying goes Goals win Games and our midfield and forwards had a rewarding day scoring 11 goals in total but our goalkeeper and backs worked tirelessly to keep Garrycastle behind on the scoreboard. It was a great first outing for the team and they can only get better with the hard work they have been putting in.

Our Junior B team had a disappointing result against a strong Milltonwass team on Saturday evening losing on a 1-15 to 1-8. This now ends our interest in the competition which was important for providing footballers with games. We have used over 35 players in this competition in 2019 ranging in age from 18 to 50 plus.

Mullingar Shamrocks Under-20s had a superb win in Caulry on Sunday morning. Played in good conditions, on the new pitch which was in excellent condition, the young team showed real never say die attitude to battle back from being four points down at half-time to win by a single point in a great open game of football. Only Kenneth O’Reilly was up to the age limit, some of the players lined out for their second match in two days and there were some excellent performances by the minor panel members, all of whom stepped up to the U20 level with no issues.