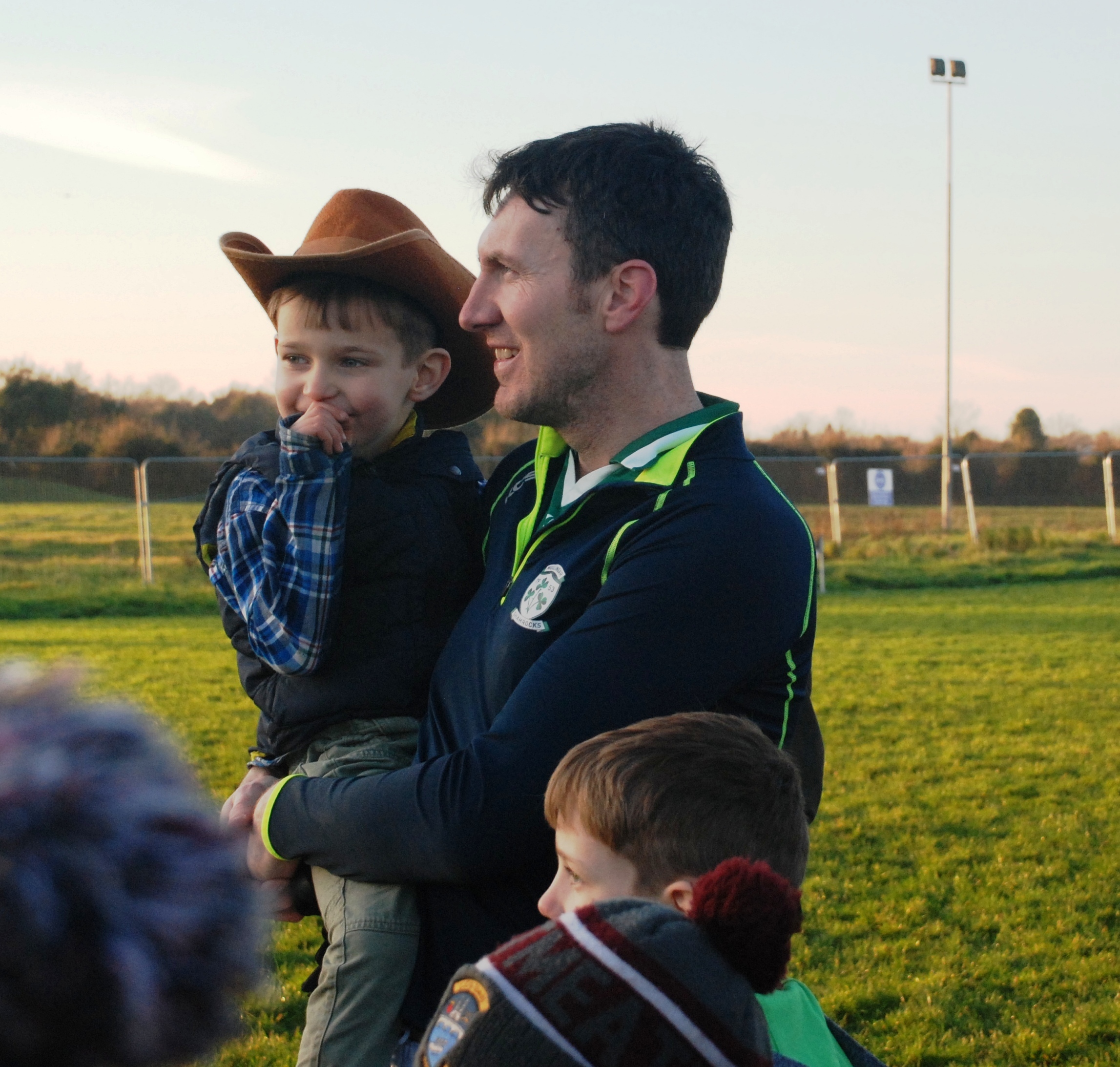 With less than a minute left on the clock and with Milltownpass leading by three points a David Gavin delivery to the edge of the square was superbly fielded by Shane Colleary who turned his marker and blasted for the net. The shot was brilliantly saved by Rory Coyne in the Milltownpass goal. Andrew McCormack was on hand for the rebound but shot wide. It was that close to another extra-time session for Mullingar Shamrocks and although Liam Gorman added a point to extend the Milltownpass lead to four points the likelihood is that had that last attack of Shamrocks produced a goal, extra-time would have been on the menu for the second time.

Mullingar Shamrocks began in impressive fashion and playing against the hill raced to an early 2-4 to 0-2 lead with Trevor Keena notching 2-2 and Gary Corroon and Adam McCormack contributing a point each. Milltownpass rallied and outscored Shamrocks 2-6 to 0-4 over the final fifteen minutes of the half with two goals by Brendan Kelly and a series of points, edged the home side into the lead. Gary Corroon and Adam McCormack again contributed to the scoreboard and at the interval Milltownpass held a 2-8 to 2-6 lead.

At half-time Brian McGuire replaced Richie Daly and released Dillon Matthews from his goalkeeping duties and Pádraic McKenna replaced the injured Jack Kelly. Points by Gary Corroon and Marc Eivers levelled matters shortly after the restart but a long period of Milltownpass dominance followed, during which points by Seamus Faulkner and Eoin Gallagher extended the Milltownpass lead to six points (2-14 to 2-8). A disallowed Milltownpass goal at this stage was a help and points from Trevor Keena, Marc Eivers and Shane Colleary paved the way for the last minute attempt to pluck a draw from the jaws of defeat. Rory Coyne's brilliant save ended the revival as time evaporated.

Overall it was an enjoyable competition for Mullingar Shamrocks that provided many players young and not so young with an opportunity to play football. Qualifying for the final was a bonus and great credit is due to manager Aidan O'Donoghue and Gary Corroon whose ability to convince players to make themselves available ensures that Shamrocks will always field a team.