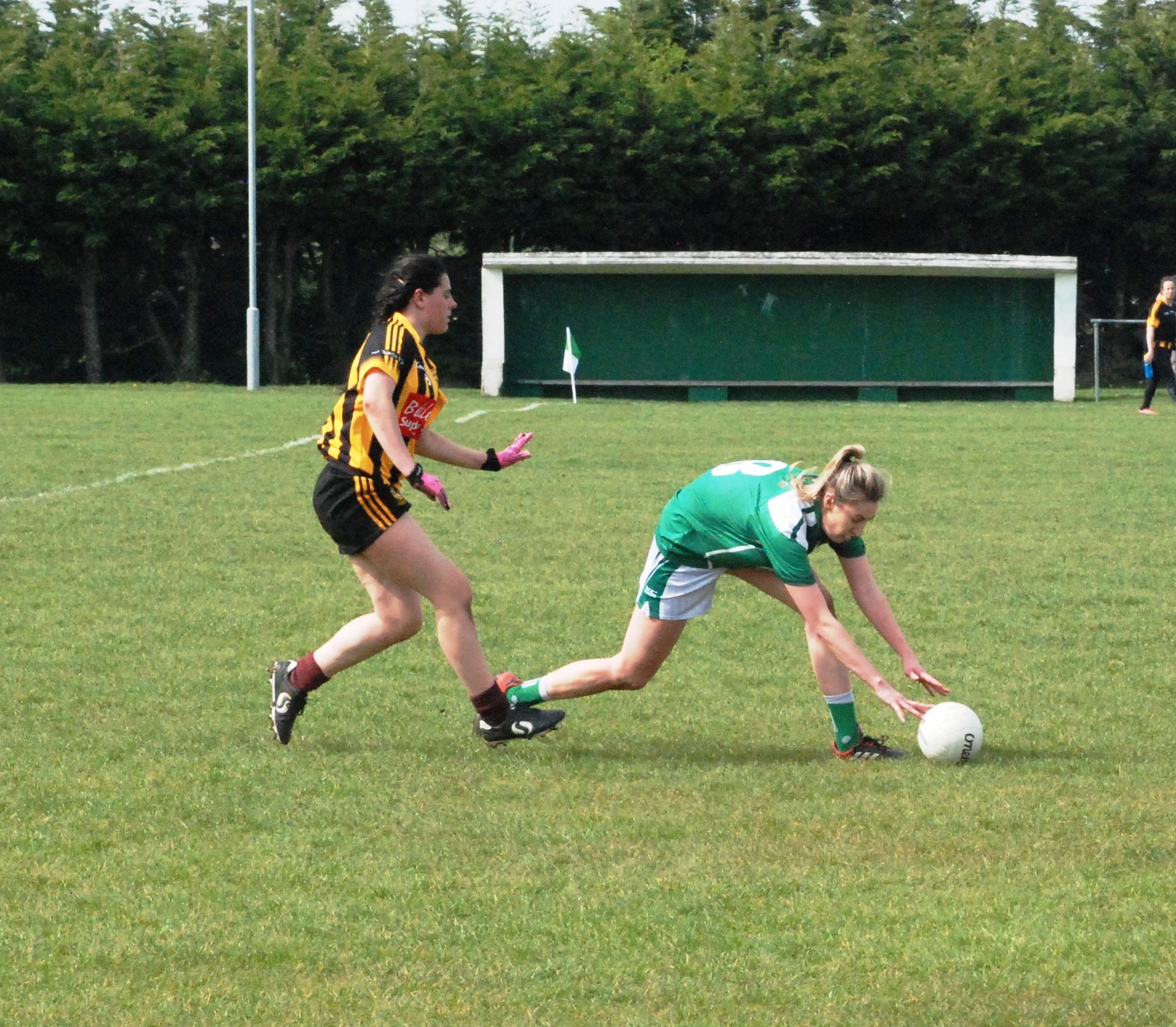 Published: about 1 year ago

Another superb game of LGF played in sweltering heat in Springfield with The Downs holding out for a victory that was probably deserved on the run of play. The ability to score goals was the decisive factor in deciding the destination of the league points. A goal each from Leanne Duncan and Katie Daly before the interval and a third shortly after restart by Jill Ferguson were the vital scores on this occasion. The Downs held an interval lead of 2-5 to 0-9 despite the efforts of Emma Morris who was a one-woman scoring machine for Shamrocks in this half. Class is permanent. Emma kicked 0-7 in the first half with Susanna Buckley and Faye Walshe also scoring points. Emma's third point was a particularly noteworthy effort as it followed a great save from Lauren McCormack and this initiated a move that ended at the opposite end with a point for Shamrocks and a 0-3 to 0-2 lead. Shamrocks responded to Jill Ferguson's goal with points from Chloe Swarbrigg and Emma Morris and with a couple of good saves from Lauren Shamrocks were again in contention. However, a fourth goal from Ellen Tate was a killer blow (4-6 to 0-11). Emma Morris kicked two more points before delivering a wonderful sixty yards pass to send Anna Jones through on goal and despite the best efforts of The Downs goalkeeper Sarah Maguire, Anna goaled at the second attempt with help from Susanna Buckley who also added a point in Shamrocks next attack (1-14 to 4-8). A couple of goal scoring opportunities by Anna Jones were foiled by Sarah Maguire (from a famous The Downs goalkeeping family) and with the final whistle the league points were heading out the motorway. There were plenty of positives for Shamrocks and apart from those already mentioned there were great individual displays from Rachel Hannigan, Melek Fagan prior to her injury, Tara Fagan, Michelle Buckley and of course an exhibition from Emma Morris. The best is yet to come. And a few holidaymakers to return!

Why I Miss Mullingar Shamrocks ...

Week 2 of Skills Challenge: the Handpass ...

Saturday Night at the Movies ... It's a double header o...